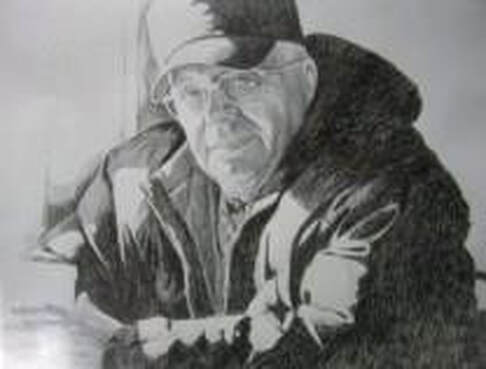 (Founding Member)
Final Call: September 12, 2017
Frankie was more than just a retired milk truck driver and a farmer to our agency. Frankie’s home served as a gracious host for Lake Jericho Volunteer Fire & Rescue first fire station and was one our founding members. Even years after the fire station relocated to its current location Frankie continued to support our department in many other ways throughout the years. If not for the generosity of Frankie, his wife Patsy the task of providing fire protection would have taken on a much more daunting and difficult operational challenge and for that we are grateful. So with great pleasure and pride Senior Firefighter Frankie Schultise was awarded posthumously honorary membership by department proclamation and its grateful membership.

Support Firefighter Terry Glenn “Tug” Hawkins
Final Call: July 2, 2012
“Tug” was a valued member of our department for several years till the day of his final call. Even to this day his presence is felt in the station and missed regularly.  Stories of his calm nature, fun loving spirit, and devotion to his department, his friends, and coming to the aid of his brothers during fire calls, special events, and fish fry's are recalled regularly and still echoes the halls of this station.

(Founding Member)
Final Call: July 26, 2009
​No question farming was John’s life and his love. But he had other passions that kept him also busy This was the selfless act of service to others specifically to those in his county and community. John was a Henry County Magistrate for 17 years and worked many years at Tri-County Stockyards. He was a founding member of the Lake Jericho Volunteer Fire Department. John was a member of the Immaculate Conception Catholic Church and Knights of Columbus. His dedication to service and constant vigil to ensure the community had appropriate fire and rescue protection was paramount and never unrecognized  So with great pleasure and pride Senior Firefighter John R. Allgeier Sr. was awarded posthumously honorary membership by department proclamation and its grateful membership.